„Europe will not be made all at once, or according to a single plan. It will be built through concrete achievements which first create a de facto solidarity" Robert Schuman.

The French foreign minister was instrumental in the building of post-war Europe - especially in terms of creating an idea of a European Union. A process that is not yet finished and is used to face problems and creating solutions every day. That's what makes up this enormous political and economic union.

Judenburg. October 28th 2017. In an all too modern classroom the europe-direct team faced not only one but two new tasks. Task1: Do the workshop in English. Task 2: Don't use an ordinary chalkboard but a high-tech electronic blackboard. Task 1 was accepted with great pleasure - especially concidering the students' attentivenes and marvellous English skills. The school's slogan ‚Fit fort the Future" couldn't be more appropriate - especially their remarkable bilingual approach in one or the other school subject.

Member states, European Council, 28 Commissioners, International Law. These topics and other questions - „Why are there twelve stars in the European Flag and what are the tasks of the European Parliament? - needed to be answered before we could address even bigger topics: In order to discuss Brexit, refugees and other problems the union is facing we need to know what makes up the EU and what possibilites there are to tackle challenges.

In a very feisty quiz about the European Union we made sure that every student could at least call one european blue-yellow-colored memento his own. 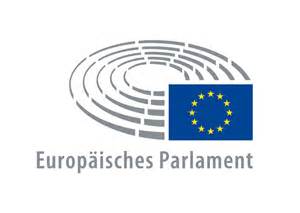